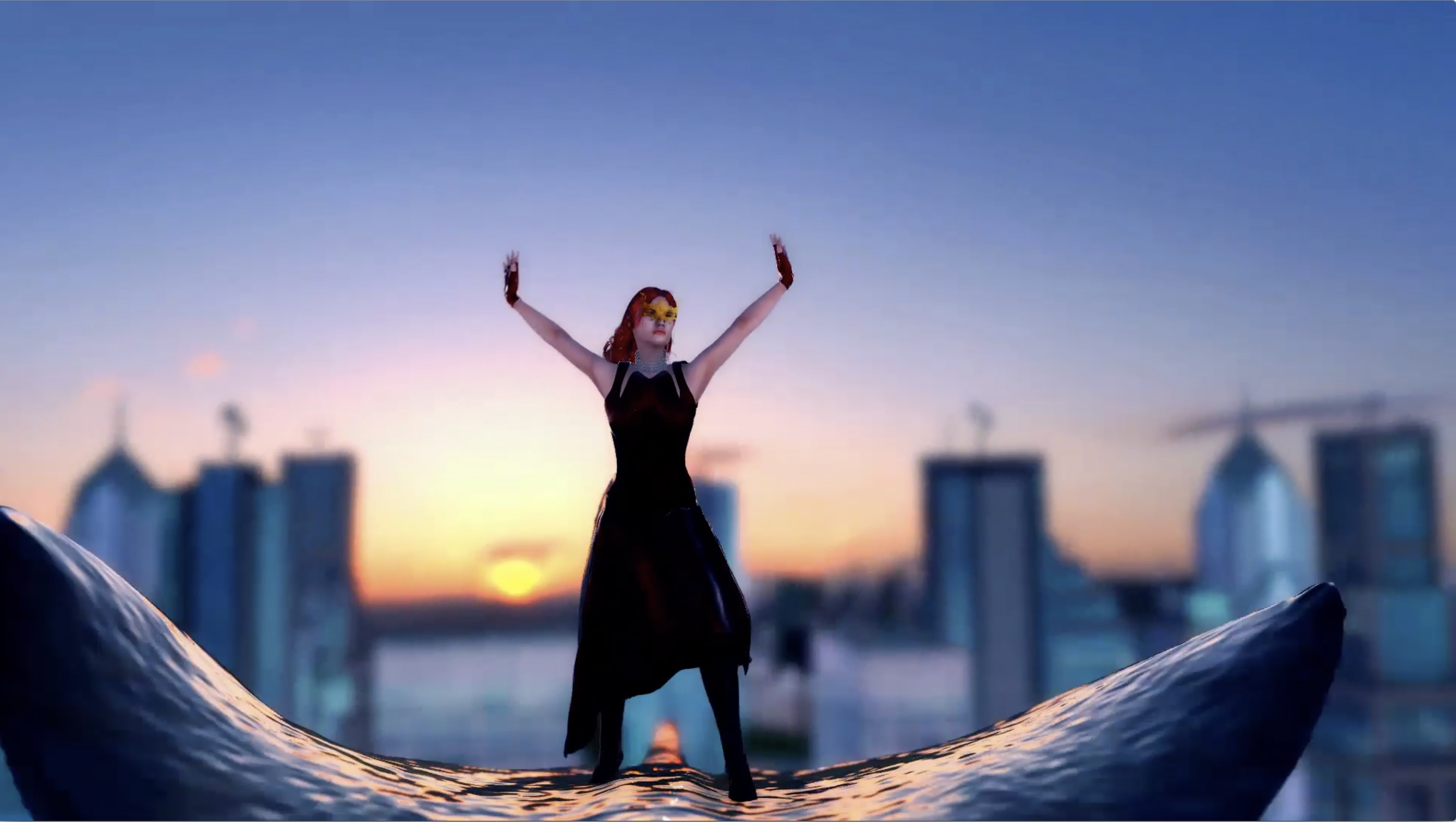 Mrs. X has recently released her second album “Pop á la carte de Luxe” which is the De Luxe version of her first album and boasts of 11 fascinating tracks in new versatile flavors.

Mrs. X. is pleased to announce the launch of her latest album at the dawn of new year. Titled as “Pop á la carte de Luxe”, the new album represents the “De Luxe Version” of the talented singer’s first album “Pop á la carte” that was released last year. The latest album is bustling with 11 tracks and promises a versatile fare for the pop fans.

“Pop á la carte de Luxe” was released on February 18, 2018. It is available for download and streaming worldwide on all popular online portals including Deezer, iTunes, Spotify, Google Play, Amazon and so on. The mysterious singer’s first album is already a top favorite among recent playlists and has been a frequent play on various major radio stations.

“It’s a great moment for me to release my new album to the world this month. I have been looking forward to start the new year with aplomb and the launch ‘Pop á la carte de Luxe’ has enabled me to commence 2018 on an amazing creative note. I am grateful to all my fans and music lovers for receiving my first album with huge response. I am hopeful of the same cheer and applause- and even more- with my new De Luxe rendition”, noted the “Singer with the Mask” while announcing the release of her second album.

“Pop á la carte de Luxe” opens up with a creative De Luxe version the singer’s popular track “Strangers Blues”, which is being aptly titled as “Strangers Blues de Luxe Edition”. Interestingly, the new version is little different from the regular edition. While the previous one boasts of electronic music and feet-tapping beats, the latest version is all about soft romantic feel- caressed by soul elements and guitar strings in Santana style.

Talking about the new version of “Strangers Blues”, Mrs. X described the de Luxe rendition with laxly lovely evenings when we contemplate about the soul-stirring feelings of love.
“I adore the de Luxe rendition of ‘Strangers Blues’ which is the inaugural song of my new album. We have treaded a completely different path this time to treat our listeners with a new touching flavor of the same song. The new rendition evokes the warm feeling that we get while enjoying a romantic sunset at the ocean or while dreaming about an amazing love which we may experience in future.”
As with Mrs. X’s other releases, the latest album too is backed by a mélange of global talents. Once again, it’s the singer’s guiding star Sefi Carmel, who is behind the production of the album. The album is also backed by esteemed support of many other notable singers and musicians from all over the world, including Kirsten Rea, Corel Taylor (USA), rappers M.Dwizzy (USA) and YYZ(Canada) , Gani Tamir (UK), Rainieri di Biagio and Emmanuela Gramaglia (Italy) and many more.

Mrs. X is on plans to release a booklet soon with all important data of her and the complete lyrics of all songs of the new album. Music lovers can listen to her in a live concert this summer in the Germany, details of which will be shared on her website and official social media channels.